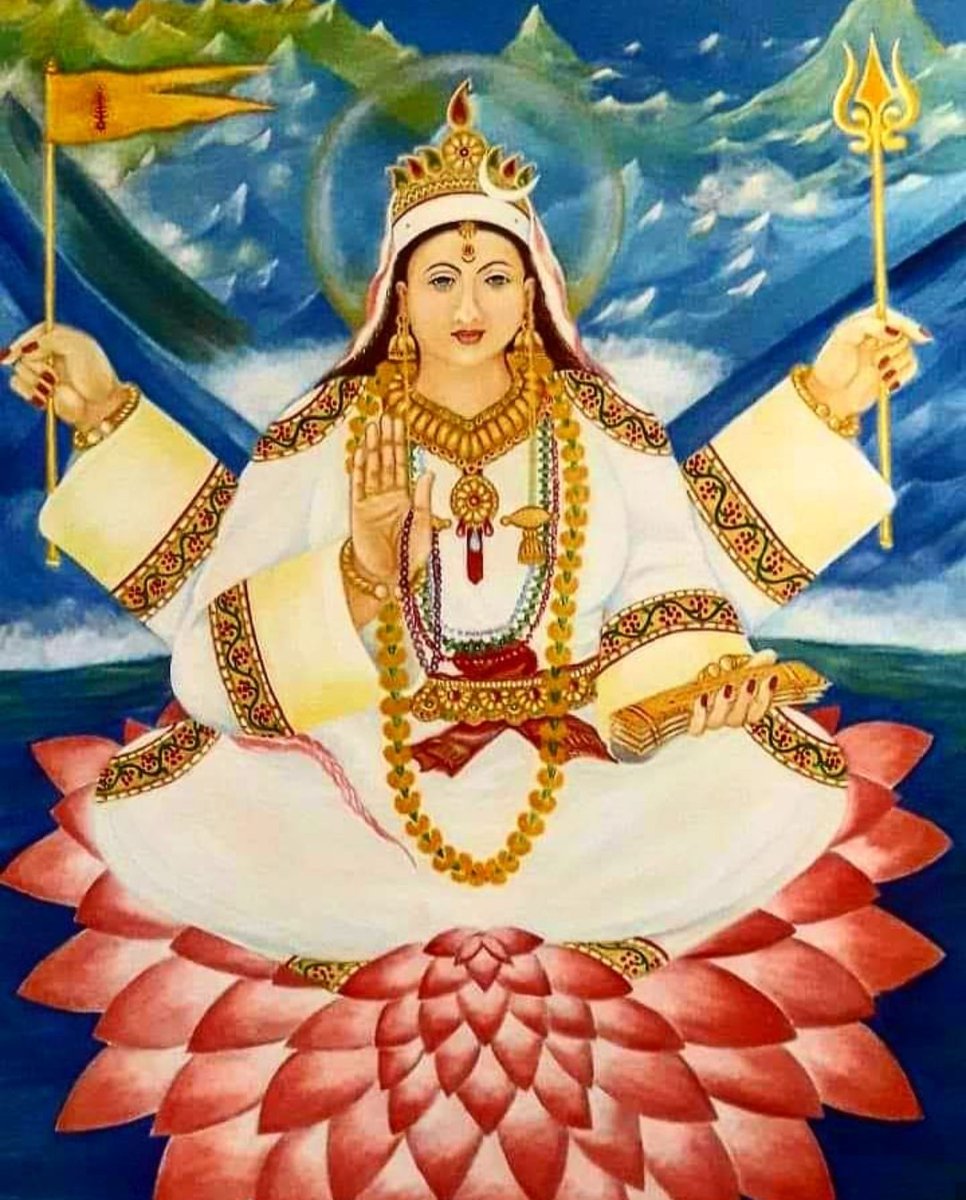 KPA can rightly claim the status of being the oldest Association of Kashmiri Pandits, since even much before the Association was formally registered in 1968, it was a group of some enthusiastic Pandit youngsters in Mumbai, who having found vocational security in early sixties, thought of establishing a communication line with their community members feeling lost in the vast metropolis after leaving their secured habitat of Kashmir.

Consequent upon enforced exodus of Kashmiri Pandits from the valley in 1990, many displaced  families sought refuge in Mumbai over the past two decades and made the metropolis of Greater Mumbai, their home. The agony & pain of being uprooted from their homes, in effect, further strengthened their resolve to protect & uphold the cultural heritage of Kashmiri Pandits. Thus enthused & emboldened by new blood, KPA has also grown and is currently run by a board of 11 duly elected trustees, who meet at least 12 times in a year for their formal meetings.

Our various cultural and social welfare initiatives over the years have seen us transform little seed into a tree today. We aim at securing more inclusive participation and co-operation of our community members towards the objectives and goals of KPA. For this, we are investing our full dedication, passion and zeal, in order to emerge as one of the best Kashmiri Pandits charitable organization globally, focusing greatly towards preservation of our rich cultural heritage.

Nonetheless, Late Shri TN Monga spoke about how he could not see a possibility of return to the Valley and that’s why he had thought of having a cultural centre of our own at Navi Mumbai. His thought emerged from the many such centres of other communities that had come up in the area.He spoke about enabling the community to preserve its identity.

He on his own, on behalf of KPA, Mumbai, had approached CIDCO in mid-nineties for allotment of land to build the community centre.While his efforts of almost three years had earned assurance from the authorities for the allotment, reluctance on the part of the then KPA office bearers disillusioned him and he gave up pursuing the case. The file containing the correspondence with CIDCO got confined to the archives of KPA.

In the November of 2002, with the new Board of Trustees (BoT) helmed by Late Shri ML Mattoo in charge, on the insistence of some of the biradari members of Navi Mumbai, the file was retrieved and the pursuance of the case was restarted.

It is important to mention here that on hearing that KPA has envisaged building a community centre,Late Shri Mohan Lal Bradoo, appreciating the effort, sent a cheque of Rs. 3 lakhs to kickstart the project.It provided the necessary boost and reaffirmed the resolve of making the dream come true. Shri SK Kaul, (of JNPT) was requested to use his good offices to expedite the allotment from CIDCO.

By now,Late Shri TN Monga’s file was declared time-barred by CIDCO. A fresh application along with the relevant documents, meticulously prepared by the then general secretary Shri CL Raina (2002-2004) and Late Shri ML Mattoo, were submitted to CIDCO.

M/S Sanjay Razdan and Associates were appointed architects for the building, which was named Sharda Sadan.The estimated cost of the building then was Rs. 1.65 crores.

It took almost two years to get the project approved by CIDCO and other government agencies, and to raise funds to start the construction.

Shri JL Kak, a qualified civil engineer with decades of experience, was made the project director while M/S Globe Engineering Company was appointed as the building contractor following a tender process.

Late Shri Mohan Lal Bradoo, along with Late  Shri ML Mattoo and other members of the BoT laid the foundation on the auspicious day of Navreh (March 19, 2007).

The arduous task of building the Sadan commenced with the laying of first pile of foundation on April 9, 2007. The depth of the numerous piles measured from 3.5 mts to 7 mts. The plinth was completed on October 31, 2007, under the expert supervision of the architect and Shri JL Kak.

Late Mattoo Sahab would regularly visit the site, and on one such visit, he broke his ankle at the site and had to be plastered. But it did not stop him from working tirelessly for the project. When not at site, he would be busy raising money for the project. His personal connections and his will to connect the people who mattered, brought in donations to keep the work going.

Meanwhile, the efforts of a few trustees, who went door-to-door, also yielded some monies.

With the building taking shape, the faith of community members, who were initially apprehensive about the project, was restored.

On suggestions of Shri PN Miya, a biradari member, KPA approached Government of India’s Ministry of Culture to seek a grant under ministry’s programme for preservation and promotion of culture.

After numerous visits to Delhi and submitting the necessary documents, Late Mattoo Sahab was able to get the grant of around Rs. 17 lakhs sanctioned. This whole process took more than a year. Eventually first instalment of Rs. 6 lakhs was received after the relevant expenditure on construction was submitted.

The architect and licensed structural engineers would check and test the materials used while the construction went on. If they found discrepancies, they made it a point to have these aberrations rectified.

While the recasting/rebuilding of the notified weak areas affected the progress, the perception on the outside was that it was paucity of funds.

Also, with no one of our own in regular supervisory role, the construction got delayed.

However, it is important to mention that in the absence of Shri JL Kak, who would often be visiting US,  Kharghar resident Shri Rattan Lal Raina, an engineer who had just retired from BARC, volunteered to undertake regular supervision of construction. Late Shri KL Dhar too put in his time, his expertise and sincere efforts besides occasional visits by Shri TK Raina, Rakesh Shah, Captain AN Raina and Sh. KK Kemmu. Sh. Kemmu had taken over as general secretary midway during the 2007-2010 term after Shri CL Raina relinquished the post due to his personal reasons.

The structural work of the building, (First Phase), comprising of stilt plus 4 floors, stair case and the overhead tank was completed by early 2010.

With the BoT term scheduled to end by September 2010, which affected the decision making process, and the fund flow drying up, further work could not be taken up.

A new BoT with Shri Rajen Kaul, a successful entrepreneur, at the helm was elected. Shri SP Kachru was nominated as the general secretary (2010-2013).

After several meetings and interactions with the board members, Shri Rajen Kaul took upon himself to bring the disillusioned concerned parties like the donors and the building contractor to believe that the project will see its completion. His confidence instilled a hope among people who had envisioned seeing a centre of their own. The construction of the building (Second Phase) restarted  under the overall guidance of Shri JL Kak, who was supported by architect Shri Sanjay Razdan, Shri KL Dhar and Shri Ashwani Bhat, a newly nominated trustee.

Shortage of funds demanded big ideas and to this effect, fund-raising musical events by renowned artists were planned, under the dynamic leadership of Sh. Rajen Kaul.

Annual get-togethers, including Hawan and Navreh celebrations, and monthly BoT meetings were held on-site on many occasions to enable the biradri in general and the trustees in particular to see and monitor the progress.

While funds kept pouring in bits and parts, the delay in the completion of project toward the end had other reasons as well, including nitpicking by some office bearers and often aggressive decision-making. Since the project could not be completed during 2010-2013 term, three six-month extensions were sought from the Charity Commissioner.

By this time, the total cost incurred was Rs. 2.5 crores.

The great joy that Sharda Sadan gave the entire biradari would not have been possible without the vision of Late Shri TN Monga, the initial donation by Late Shri Mohan Lal Bradoo, the resolve and efforts of Late Shri ML Mattoo to re-initiate the process, the good offices of Shri SK Kaul, the leadership of Shri Rajen Kaul, the hard work of Shri Ashwani Bhat to get the No Objection Certificates (NOCs) from various departments and the Occupation Certificate (OC) from CIDCO, and the donations of hundreds of biradari members.

And yet, most of these inspiring stories did not get engraved in stone at Sharda Sadan. None of these people and their stories found any mention at the opening ceremony.